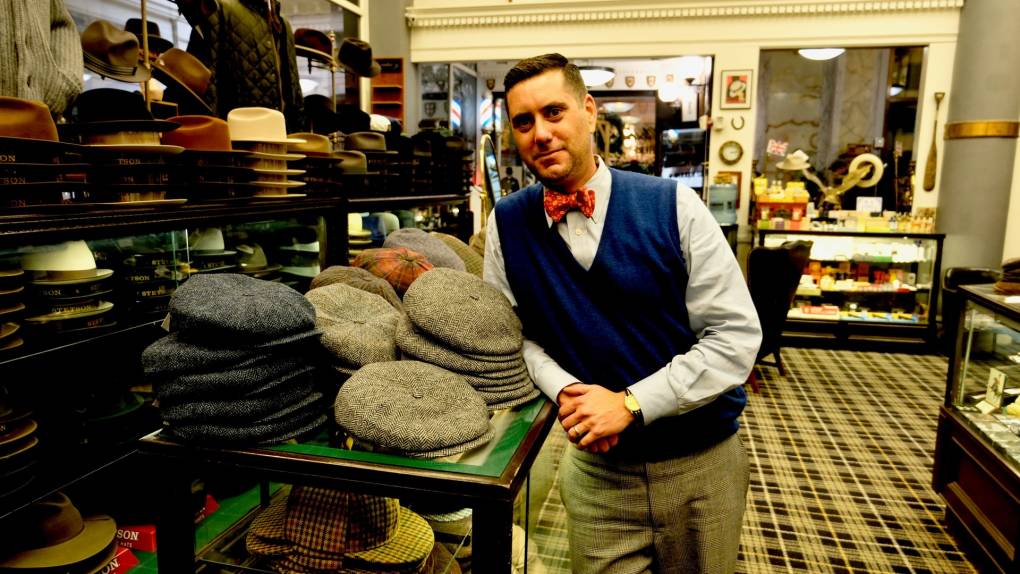 Saul Gonzalez, co-host of KQED’s “The California Report”, visited a unique shop in downtown San Francisco to talk about how small independent brick and mortar retailers in California keep up.

Saul Gonzales: According to a report by PricewaterhouseCoopers, for the first time consumers will do more of their holiday shopping online instead of in physical stores. So, how does the small, independent brick-and-mortar retailer in California keep up? I recently visited Cable Car Clothiers in San Francisco to talk about that. Founded in 1939, it’s a family-run men’s clothing store that sells old-school British fashion. Think tweed jackets, woolen caps, and walking sticks. Jonathan Levin is the store’s manager.

Jonathan Levin: I think we are definitely the last of the survivors in San Francisco. I mean, I think there are maybe a dozen other stores around the country. Most major cities throughout the midwest and east coast had three or four men’s stores. We are just thankful for being in San Francisco. I think being in a city where there’s a lot of activity … and people have resources here, which is helpful. I think opening up a store in the middle of a suburb or something would be very difficult.

Saul Gonzales: Why are you important? Why is a business like this important to kind of the life and times of a great city like San Francisco?

Jonathan Levin: I think that, at the end of the day, stores like Cable Car or stores that are very similar bring the community together. People still feel good about the tradition of going out with their family and shopping and picking up an item and touching it. I think that’s definitely a lost part of business and something that you really can’t capture over the internet. And, quite frankly, San Francisco has a long and proud tradition, and a lot of people want us to survive. They say, “Thank you for being in business,” and they want to shop locally, and it makes them feel good. So I think that’s what keeps us relevant. We try to create an environment where people feel good and they can come in, take a break from work, and kind of harken back to another time, another era.