How 2 completely different S.F. institutions are making out in this terrible year 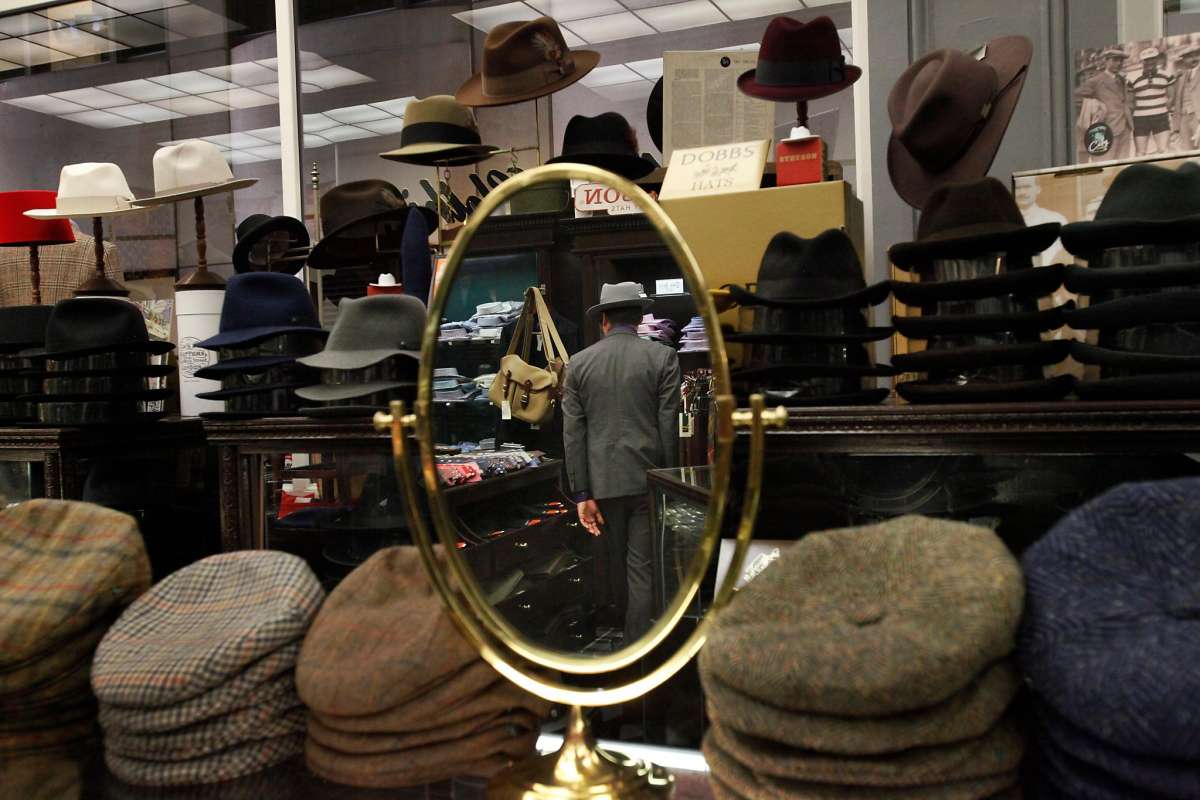 It takes lots of small parts to make up a city like San Francisco — restaurants, neighborhoods, shops, bookstores, bars, dance clubs, music, different kinds of people, a look, a feel, a style. All these small things together make San Francisco what it is.

They all seem to be threatened by the pandemic that’s sweeping the world. San Francisco may never be the same. Here’s how two completely different San Francisco institutions are making out in this terrible year.

Both are small, and both have deep roots in the city. Cable Car Clothiers, on Sutter Street just off Montgomery Street, advertises itself as the oldest men’s clothing shop in the West. It’s a shop for gentlemen, not inexpensive. It has a San Francisco style that has almost gone out of style in these casual days. “Cable Car is the last bastion of Ivy League style,” said Jonathan Levin, who describes himself as “head haberdasher.”

Less than 2 miles away but a world distant is Rocco’s Cafe on Folsom Street, near Seventh. It’s an Italian restaurant, with hearty food, big servings — “a North Beach place in South Beach,” as owner and chef Don Dial once described it. Rocco’s is in the middle of a neighborhood that has been changing fast: new and expensive apartment complexes mixed in with old auto repair shops, on the edge of the Leather Belt celebrated every year in the Folsom Street Fair. The Hall of Justice is around the corner. A real San Francisco mix.

Both are family owned. Cable Car was started by Charles Pivnick, Levin’s grandfather, a World War II veteran who started out selling war surplus goods on Fillmore Street. Pivnick parlayed the surplus store into a men’s shop at Powell and O’Farrell streets where two cable car lines crossed. He then built an international reputation for what Levin calls “quality and authenticity.”

Dial’s place is named for his grandfather, Rocco Coscarelli, who came to San Francisco from Italy 100 years ago and opened a restaurant in the Outer Mission. “He ran it for 60 years,” Dial said. “My uncle ran another restaurant for 30 years, and I’ve been here for 30 years. What’s that? A hundred and twenty years? We really are the city.”

Both places, as different as they are, have the same problem: The virus is killing business. Cable Car is open, but the Financial District is “a ghost town,” as Levin calls it. “There is no foot traffic, the office buildings are all empty. Everybody’s working at home, and this week all the restaurants closed. I decorated my windows for the holidays, and there’s no one to see it.

“It was very busy this time of the year, people coming in to buy presents, holiday time.” The retail experience, he said, has value. “People can look around, feel the material, try it on, see how it looks. It’s customer service, and we prize customer service,” Levin said. “You can’t get that with a click.”

Across town, Dial had the same problem. “There’s nobody here,” he said. “Look around. There’s nobody around. I did 70,000 meals a year, and now sometimes I get one customer. A single man who lives down the street and has a hamburger every day.”

He’s angry about it. “They’re killing the little guy,” he says. “The small business. They keep changing the rules. They don’t care.”

He shut down in the early days of the lockdown, then reopened, then shut down again. He thought about a parklet for outside dining, but a bike lane runs by his front door, so that’s not possible. There’s not enough parking for curbside pickup, and the surcharge for delivery service makes that unprofitable.

He built partitions for indoor dining, sanitized everything, figured out ways to keep everybody safe. He still couldn’t make it.

He talks about Christmas past — the long lunches, wine and good cheer, the holiday parties he catered. “I did 200% more in December. Oh, my God, it was a killer month. I did crab cioppino. The best, too. Crab cioppino for Christmas.” He said. “Saluté!”

But Christmas present was too daunting. He decided to shut down after Thanksgiving. Only a few days later, all the city’s restaurants shut down as well.

Over at Cable Car Clothiers, Levin feels “a sense of sadness at what has happened. I miss the energy the city had. I miss talking to people,” he said.

Mail orders and a catalog have kept Cable Car afloat — that and a smattering of loyal customers.

You hear talk that a lot of small businesses may not survive the lockdown. “This is a pivotal year,” Levin said. “When this is over, we want to be sure San Francisco retains its authenticity,” which he thinks is the essence of the city. “I think we will. This city has a lot of resilience.” he said.